Finding the Point of Failure 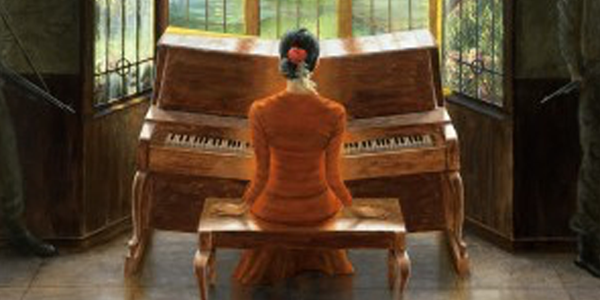 Anna was making the same mistake again. I listened to her repeat it flawlessly, as if the mistake were written on the score. I witnessed her reach a point of failure, and then completely avoid facing it.

Was she even aware of it? Was it silently threatening her self image to admit that she was making a mistake? I decided to say something, but this time I didn’t just show her the mistake again: I showed her something better.

I waited for it to happen again, and I stopped her. “That’s the point of failure, Anna, that exact spot. ‘Failure’ is a very charged word, but I want you to understand it’s not personal. It’s not an insult. It’s something I want you to learn to seek out: the awareness of the moment things fall apart. What matters here is not the nature of the mistake. That’s usually obvious. What matters is how you let yourself feel about the mistake. Believe it or not, you can change how you feel about making mistakes.”

She perked up. This was interesting, because I was going deeper than just saying “Measure 3, beat 2, C#.” She was about to learn how to deal with failure on a whole other level.

Failure has a purpose. The problem is that most of the time, it’s easier to remain ignorant of what this purpose is than it is to embrace the point of failure and use it like the gift it really is. This is why it’s so important to have a teacher who has overcome the failures you seek to transcend. Sometimes doing what’s easy makes everything harder later on, and the hard path is what makes perfection feel easy in the end.

“Your technique needs to be perfect,” my teacher told me once. “If you move the wrong way in here, you can get hurt. So I need you to practice this every day at home until it’s perfect.”

This might sound extreme, but it’s the truth… and by the way, this wasn’t a music lesson; it was a Hapkido lesson. Music and martial arts have a lot in common, and studying Hapkido changed how I teach music. In a martial arts lesson, failure can lead to injury, so there isn’t much time to wait around for the student to figure things out. They have to be corrected for their own safety. If the student’s ego gets in the way, a good martial arts teacher’s job is to show the student that their ego is the true opponent they are training against. The way this message gets delivered can be quite shocking when it needs to be.

Every time I step on the mat, I look for points of failure in my technique. It might be a kick that lands wrong, a sword movement executed poorly, or a moment of mental distraction or confusion leading to a loss of focus and control. Each time I encounter a point of failure, I receive it like a gift. Failure is the gift of awareness of the path that leads to perfection.

I make it my sole purpose in that moment to clear my mind of all distractions, breathe, get focused, and make my movements perfect. I welcome correction by my teacher because his corrections could save my life if the unthinkable were to happen and I’d actually need to use these techniques in a real situation. When all you have to go on is instinct and reflexes, the muscle movements that are memorized to a point of perfection come to the surface.

In music, this attitude has saved me from failing on stage many, many times. I’ve spent my entire musical life moving towards my failures, attacking them head on, and overcoming them. Ironically, with each new level of skill I attain, the points of failure only seem to increase. Falling in love with this situation is the point of failure. It’s common for highly trained martial artists to remark that they still feel like a white belt.

If you miss a note in a music lesson, nobody gets hurt or has to go to the hospital. Failure is nothing more than a mental phantom to most music students. Sometimes this actually makes it harder to get the student to search for points of failure and relentlessly work on them until they become points of perfection, because the consequences of accepting failure are not always immediately obvious. No one is trying to wrestle them to the ground, kick them or throw them across the room. Without intervention, music students don’t always stop themselves. They can form bad habits that lead to perfectly memorized, perfectly rehearsed, mistakes.

In Anna’s case, the problem wasn’t technique. She was already working through the Visual Scale and Arpeggio Manual (link), had learned the basics of reading music, and was making good progress. 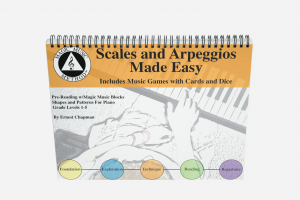 Her problem was emotional. If her heart and mind could be put in alignment, the technique would sort itself out. I decided to take a risk by telling her exactly what I felt she needed to hear in order to break out of the mental trap she was in, knowing that it would challenge her. Just like in my martial arts lessons, I also knew that she would register the challenge as a sign of respect and confidence, and this would cause her to work harder and put it into practice.

“Think about it,” I told her. “The reason you are here is because you want to learn to play piano. You love music, and you know that you can’t do everything by yourself. So I point out the mistakes, and show you how to fix them, but then you keep making the same mistakes again and again. There’s a reason for that. You know where the problems are, and you’re avoiding the way they make you feel. This is causing you to learn the mistakes. If you want to get good at piano, you have to overcome this.”

“You can get to the next level by changing how you feel about each mistake. It’ll feel different when you understand the reason it’s there in the first place. The mistake is a gift of your own awareness, and you put your attention on the mistake to give yourself an opportunity to grow as a musician. The moment you realize you failed is the moment of recognition where you see the path before you that will lead to success. Instead of running away, you have to walk down that path to get to the success. The more you do this, the more you’ll see that the path is endless. Trust me, when you’re my age, and you are still encountering difficulties and constantly challenging yourself, you’ll know that failure will never go away.”

“I want you to seek your failures out and use them to focus yourself on exactly what needs to shift. This is a powerful tool, and if you know how to use it, you can master music.”

A funny thing happened when I laid this challenge down. Instead of shrinking, she smiled and got a determined look in her eye. She started working on the exact spot that she had been unable to play before. After some time, the difficulty had gone away. This worked because it was never about the technique; once she had changed her relationship to failure, she stopped getting in her own way and the technique fixed itself.

Failure has a point to it. It is the greatest teacher. Without failure, we can’t know where to grow. This is not some cheesy catch phrase on a poster in a corporate boardroom: this is a scientific observation. By building a positive relationship to constant, unavoidable, inescapable failure, and by accepting that it will always be a part of training, students gain tools that they can use in their own practice time at home to transform each point of failure into a point of perfection.

Copyright Image by Robert Stone, used with permission. To view Stone’s fantastic work, go to http://robertstoneartstudio.com/recent-paintings/the-lady-at-her-broken-piano/ and to order high quality prints of his work, you can email him directly at [email protected]

UPDATE: Anna showed up for her lesson the following week and played the piece she had been struggling with from start to finish. She was fearless this time, and she knew that even though it wasn’t perfect yet, she had a mental tool that would get her to the finish line with more work. Instead of running away from her mistakes, she was finally embracing them, and in doing so, the results were clear. I can’t wait to hear how it sounds next week.