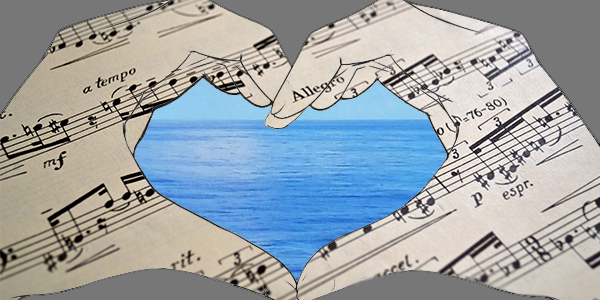 What is it that causes a mistake to be repeated?

Discovering the answer to this can bring about great transformations in a person’s life. I know, because my life was transformed when I discovered the answer.

I watched one of my students struggling today. After watching her repeat her mistake more than three times, I asked her to identify and fix it, and tell me what caused it. Was it her heart, her head or her hands?

She said her hands caused it because her pinky was too weak. Then she proceeded to play at the same reckless speed, predictably causing the mistake to happen again. After a few more failed attempts, I inspected her pinky, and found it to be perfectly normal.

Instead of focusing on her pinky, I asked her to watch my hands.

Picking up a plastic lid from a cup, I suddenly dropped it. “What just happened?” I said.

“You dropped the lid,” she said.

“What caused it to fall to the ground?” I asked.

“You dropped it” she said.

This is where things get interesting.

Sure, I dropped it, I explained. That was the visible cause. But there was an invisible cause as well.

“What really caused it to fall?” I asked.

Gravity causes all things to fall. But it’s invisible, and that is important.

The Invisible Causes of Mistakes

The influence of the heart is often invisible, yet it can control the actions of the head and hands. The best teachers can see into a student’s heart, and help the student adjust the invisible root cause of the conditions that lead to mistakes. This can be more permanent than simply correcting the mistake on the visible level. The key is identifying false information they hold in their minds, which can create an emotional reaction. I’ve found that challenging that false information, and then replacing it with simple truths that can be tested and proven, gets results.

I told her, “Your head is sending signals to your hands to play at a speed that you can’t keep up with mentally, causing mistakes every time. In order to fix this problem, you have to slow down and carefully repeat the patterns in slow motion. But you already knew this. I’ve told you this many times before! So that means that there must be another reason for why you keep speeding up before you are ready.”

I kept explaining, “Would it make sense for you to tell me to never drop the plastic lid I was holding earlier, as if that would keep it from ever touching the ground? Eventually, that lid will fall to the ground. I’ll put it down at some point, or throw it away, and even if it takes a few days, it’ll end up in a landfill or at a recycling plant, and it’ll fall out of a trash bin, and maybe over time the bag it’s in will fall apart, or it’ll be buried, and it will be subject to the laws of gravity, without my hand there to stop it. I can’t hold it forever. Telling you to slow down without showing you how to change how you feel about what you are doing in your heart would be just as pointless.”

She didn’t reply to that. I could tell this was a new idea, and she was still thinking about whether or not to accept it. So I added one more thought:

“Fixing a problem that starts in your heart is like having the power to turn gravity on and off at will. If you could turn gravity off, you could let go of the lid of the cup, and it would just float in the air.”

As a teacher, it was my job in that moment to suggest to her that she was, in fact, capable of relaxing and focusing, breathing, and not taking anything personally. She was capable of holding a feeling in her heart of focus and self-forgiveness, and non-attachment, as she simultaneously gave her practice 110% of her effort. I even gave her technical exercises to improve her control over her pinky so it was less tense.

Of course, self-forgiveness is never an excuse for sloppy work. To work correctly, it has to be accompanied by twice as much hard work and dedication; otherwise the student will become lazy and weak. This is a difficult balance for some people, but I’ve found over the years that students will generally rise to the level of the expectations put upon them.

Having low expectations is a betrayal of the trust they place in me as a teacher, and so I must demand more of them in order to be worthy of my title. But I have to do it in a way that they can handle, without coddling them, and without intimidating them.

“Let’s Do An Experiment”

“Let’s do an experiment,” I said. “Prove to yourself that you can do this by following my instructions exactly, without adding any extra movements, and without skipping any steps.”

When she did what I asked her to do, the results spoke for themselves. When she didn’t feel the need to be in a hurry, she remembered to play slowly and she memorized the pattern correctly.

After some time, I suddenly said “Ok now play it twice as fast. Go!”

She did it correctly, twice as fast. She walked away from the lesson with plenty of evidence to prove that yes, she was capable of playing new and more difficult things. And the more momentum she gains, the more I can push her to challenge herself and improve. It creates a positive feedback loop.

Transformation is Not Magic… it’s Science

In order to get her heart in the right place, I had to challenge some false beliefs she held. I couldn’t just make her feel comfortable; I had to teach her how to think correctly, so that she could shift the feeling in her heart on her own. I did this be challenging false beliefs, and replacing them with clear thinking.

I helped her identify the little inner voice that was saying things like “I am not capable of doing this”, or “I should already know this by now, I am a failure.” We replaced these statements with things like “Transformation is not magic, it’s science,” and “I can learn this if I slow down and repeat the patterns until they are memorized.”

It became real when she got results immediately.

So again, what is it that causes a mistake to be repeated?

It’s actually very simple, but it takes courage for some people to see it. Putting the heart, the head, and the hands in creative and technical alignment is the key to reaching a higher level in music.

It doesn’t end there: when the heart, head and hands are in creative and technical alignment, a transformation takes place. This transformation doesn’t just change the quality of a person’s musical skills; it can change their entire life.