An Obituary for My First Piano 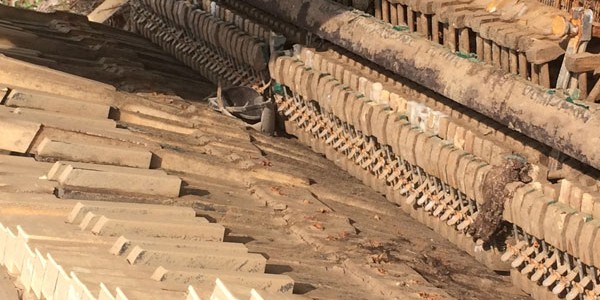 Just the other day, as my best childhood friend, Brandon, was cleaning out a forgotten section of storage for our friend Greg, a grim discovery was made: my childhood piano had been destroyed. My first piano was dead. It was bound to happen sooner or later, but I didn’t expect my first piano to die like this: drowned in the Great Nashville Flood of 2010, and left forgotten in a storage closet downtown for 5 years. It was forgotten because my family had given it to a friend 20 years ago, and we had never asked if the piano had survived the flood, which almost completely destroyed everything in their house. Since they had had to escape by canoe and helicopter rescue, we had just assumed the piano had been destroyed at their house.

The piano had been stored at a place called SIR, or “Studio Instrument Rentals”. This place was an instrument vortex during the flood, because it’s close to the Cumberland river. Millions of dollars of gear were lost in those closets. Five years later, the entombed remains of many well loved instruments are likely still sealed up in forgotten corners, waiting for their owners to open the lockers.

My great uncle, Joe, used to come over and play ragtime on it when I was a child, and I learned a lot from watching him play without music, a human jukebox of popular classics from the turn of the 19th century. I learned how to play on this piano, and took my first piano lessons from my mother, who taught me the beginning of Bach’s “Invention Number 4” by ear and showed me how to make “angel music” by playing every other note high up on all the white keys. We made the notes move with free rhythm and spontaneously constructed melodies by singing the notes as we played. Later, I learned to read music and play scales, arpeggios, and repertoire, and write my own songs, on this piano.

But nothing is permanent. Seeing this is a great reminder that no matter how much I grow attached to something, eventually it will come to pass. It’s a powerful image for me to stay in the present moment, and it makes me feel grateful for the things I have now, that I am reminded not to take for granted.

Where is your first piano? Do you still have it? Write a comment below and tell me about it.