The Practice Detective Part 2: Having Fun on Piano 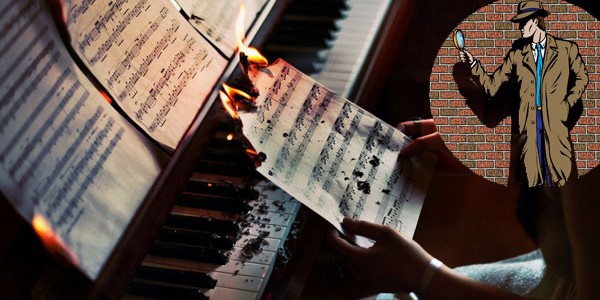 Whenever Lucy was told to practice, she instantly rebelled against this command. After all, if she was going to practice anyway, no one would have needed to tell her in the first place. Constant demands from her mother, Kim, just got on her nerves and turned everything into a power struggle. Reminders are very useful when done right, and parental structure and support is a good thing, but too much pressure to “practice” was creating a toxic situation for Lucy. She wasn’t having fun on piano. The problem described in Part 1 of this series was emotional, and the solution was elusive because Lucy and Kim had no idea what was really going on. It became my job as her teacher to educate them both, and these conversations can easily go off the rails. Once again I had the feeling that I might be secretly training for a job as an ambassador to the United Nations.

Often after school, Lucy was tired, distracted, or not in the mood to play, and right at that moment, Kim would force Lucy to “practice”. Instead of structured support based around the Lucy’s natural desire to play, she experienced her mom as nagging and annoying. Lucy’s life was already over-scheduled enough as it was, and the stress of high stakes testing and her industrial-revolution scale worker-bee homework assignments were weighing down on her. Something that should be fun even when it’s challenging had now turned into a negative experience, and guilt had been introduced. Piano was getting lumped in with homework, and the magic was evaporating. I didn’t have much time to shift things before I’d risk losing her as a student.

The dilemma was made worse by the fact that Lucy really did need help and structure around practicing. I could tell she would fail if no one guided her, reminded her, or set clear expectations. So the answer wasn’t to just let her slack off. I thought about all of this as I looked at Lucy staring sadly at the floor once her mother had gone to the waiting area, and suddenly it hit me: I could get her to practice by calling it something else. I needed to change the language, and by changing the language I could change the emotions tied to that language.

“Lucy,” I said, “Don’t do any of this because I told you to. It’s not about being told what to do anymore. From now on, you are always playing a game when you are playing music.” She perked up a little, and once I knew I really had her attention, I dropped a risky question: “Lucy, would you play piano if you didn’t have to practice? If you could just have fun on piano?”

She perked up. This was confusing to her, at first. “You mean I could play without practicing?”

“Yes!” she exclaimed. Of course she loved the piano! That’s why she had asked for lessons in the first place. In that moment I knew I was halfway to the goal. Now for the hard part. When I said “You can play without practicing” I carefully phrased it so that later on, I could add the concept of hard work and focus to the experience. But for now, she needed to be sold on the emotions of fun, positive, free exploration.

“How about for the rest of this lesson we just play around and pretend you are the keyboard player in Maroon 5? I’ll show you a few chords and we can turn the music up and pretend like you’re in the band. We’ll put the method books aside for a little while and just have some fun.”

She flipped out. This was what she had wanted all along! And it wasn’t that hard! And it was fun! And she had no idea that the skills she was learning were all the basic fundamental skills necessary to play anything else, including that Burgmüller piece she was struggling with. She’d find out about that later, when her heart was back in the right place.

“On top of that, how about for the next two weeks, you stop practicing? Just don’t work on anything unless you want to play. Whenever you want to play piano, put on this Maroon 5 song and pretend like you’re in the band, and make up your own parts. Just be creative and mess around and explore the sounds. You can use the chords I give you or make up your own chords. And after that, after you’ve had some time to just play the piano and do whatever you want, we can work on a few things that will make you a better musician. How does that sound?”

Needless to say, her mother was very confused at first. It had been a long time since Kim had just played around like a child. She was a very busy, very serious woman. She was a doctor!

I had a little conversation with Kim about the bigger picture, but was careful not to make Kim feel bad for her mistakes. I chose to avoid acknowledging them entirely, and just focus on results. After all, Kim was all about results… all she needed was a logical way to get the results she wanted. So I presented the emotional technique I was using in the most logical way I could.

“Lucy needs to get the magic back,” I told Kim, “And I’d like you to take the pressure off of you and her. Study what she does for a couple weeks, and tell me how many times she plays piano, and please, if you can, put your trust in me to get the results. Let me be the person she answers to. I’ll make it count when the time comes to get her more focused on working hard, but we are going to change the language from ‘practice’ to ‘work’ and ‘play’.” Framing the whole thing as an experiment, to appeal to Kim’s scientific side, I continued, “Right now, she’s rebuilding her relationship to the instrument as a trusted friend, through ‘play’, and over time I will gradually introduce more and more ‘work’, until eventually, she’s spending a lot of time working on scales, arpeggios, reading, writing notes, and classical repertoire. Think of this as a clinical trial where we test a new approach that starts with emotional technique as the core foundation of mental and physical technique.”

Her mother agreed to try it out, but I could tell it was very challenging to just relax and trust anyone. After all, she was playing by the adult workplace rules: everything was result oriented. If she made a mistake as a doctor, people could die. Expectations were high, and the pressure was higher. But of course, this extreme attitude was bleeding over to her daughter in ways Kim was unaware of. The key to changing the language for Kim was making sure that “work” was put right next to “play”, and the key to changing the language for Lucy was putting “play” first in the sequence so she could actually have fun on piano. As long as we could do that, I felt confident that Lucy would eventually be ready to learn more vigorous technical skills and note reading skills.

After a few weeks, it was clear that something was going horribly wrong. I had miscalculated what would happen during this experiment… but I had one more chance to fix things. Check out The Practice Detective – Part 3 to find out what failed… and how I finally got Lucy back on track…