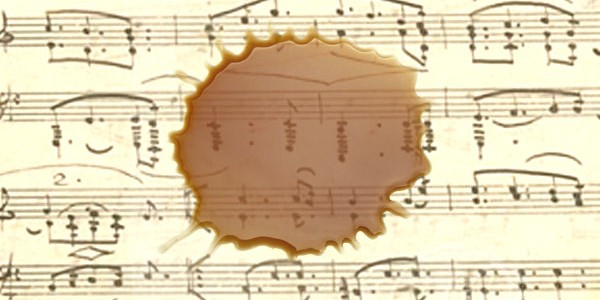 Piano practice had become an intimidating ceremony for Lucy, and as her teacher, I had failed to see this at first. The suggestions I gave her in The Practice Detective – Part 2 weren’t working, and I was about to find out why: after getting her mother to relax and give her space, Lucy was proving just how true it is that the apple doesn’t fall far from the tree. She wasn’t managing practice time. It had become overwhelming.

Tea ceremonies aren’t really about the tea. They are about protocol and etiquette, and can involve a spiritual, meditative kind of focus. They require the full attention and careful training of the host, and can take up to four hours to complete. For a person committed to this kind of practice, the idea of just throwing a random teabag in a cup of hot water and drinking it while checking Facebook on their iPhone would be very unappealing. Maybe so much that they wouldn’t even drink tea at all unless they were doing it in a ceremony.

When I saw Lucy again after a couple of weeks had passed, she had the body language of someone who had spilled the tea all over their guest at a ceremony. She looked very tense, and it took me a minute to figure out what had gone wrong. She had barely played the piano at all, and felt guilty about it. So I asked her a few questions.

“Why didn’t you play piano much these last couple of weeks, Lucy?” I asked.

“I didn’t have time. I had too much homework,” she sulked.

I tried shifting the focus to something positive. “I know you’re busy, but remember we said we were doing an experiment where you don’t have to “practice” for a couple weeks? I was thinking maybe you’d enjoy just playing fun stuff whenever you felt like it. Did you have enough time to just play for a few minutes here and there and have some fun?”

“I thought I was supposed to play for longer.” She replied. That was interesting. “Longer?” I asked. “Yeah, whenever my mom would make me practice it was always for at least 30 minutes. I never had 30 minutes to just play. I tried a few times and I kept getting interrupted.”

Suddenly it hit me. The emotional dynamic around her practice time was still freaking her out, because without structured practice time, she didn’t understand how to approach it. All she had ever known was how to practice when someone reminded her or commanded her, and that wasn’t working out, but she couldn’t handle the freedom I was giving her either. When a student is used to coercion or external motivation, giving them freedom can seem like a good idea but it doesn’t work if they don’t have an internalized sense of how to structure their time, and it really falls apart if they have anchored bad feelings to the piano.

After some more conversation, I realized that Lucy had unconsciously anchored the emotion of a serious ceremony, with all of it’s obligations and intensity, to the piano itself. Rather than managing practice time in an efficient way, her feelings kept her away from the piano whenever she wasn’t able to fully commit to a long practice session, and it also made it very easy for her to be distracted and annoyed by her siblings, as the keyboard was in the living room. Because it was so easy for her siblings, parents, the dog, the TV, or family friends to accidentally mess up her big practice ceremony, she had plenty of reasons to avoid the piano. Just playing for fun had become less and less of an option because she knew everyone could hear her play, and she imagined their judgements, even when they were clearly focused on something else. And she didn’t have a framework for understanding how to just play the piano freely, without the ceremony of a “practice session”. She just avoided it entirely.

So I gave her a framework for managing practice time, breaking it into smaller chunks.

“Piano doesn’t have to always be like a tea ceremony. It’s great to have structured practice sessions whenever you can, but on days that you can’t, I’d like you to try just going to the piano and noodling around for a few minutes at a time, a few times a day, without expecting any huge results. Can you try that, Lucy?”

She looked like she was processing this very intensely. “Would it make you feel better if the keyboard was in your room so that you could play around without people hearing you? Maybe that way, you could make mistakes and figure out how to fix them without an audience.”

She perked up. I made a mental note to ask her mom to put the keyboard in her room, and then shifted focus.

“If you love music as much as I do, you’re probably willing to work hard to get better at it. Is that true for you?”

“Yes!” she said. I continued, “In that case, let’s replace the word “practice” with two more specific words, ‘Work’ and ‘Play’. It’s very simple. If music is a fun game, and you love it, that love you feel gives you a reason to work hard. But you can’t treat it like a tea ceremony, because that feels way too serious. At the same time, if you do love music, and if you do want to get very, very good at it, you must learn to work, but you don’t have to call it “practicing”. Say “practicing” if you like, if it helps you focus, call it whatever you want. Call it “Music Banana Architecture” for all I care. Whatever you call it, there are two simple things that must occur for you to master music:

1. You must be inspired, love music, and have a true desire to learn, because for you, the best thing in the world is to PLAY music.

For the rest of the lesson, we mixed improvisation with technical drills, scales, arpeggios, and a little sight reading. She worked harder because she could feel that it wasn’t such a big deal to work hard. In between each technical thing I taught her, I sat at the piano with her and improvised with her, using the skills we were working on to have some fun and play around. We wrote a song about her dog growing wings and flying to Planet Hot Dog, and then right at the end, she smiled at her mom through the glass window on my door, and invited her mom in to hear her new song.

Over the next month, I saw a transformation. With the keyboard now located in her room, she could literally roll out of bed and write a song about her dream that night. Her parents even bought her headphones so she could play at all hours without waking her sister up. Some weeks, she accomplished more than others, but once she realized that music didn’t have to feel like a tea ceremony, she felt more comfortable just randomly playing piano three, four, even five times per day. Usually one of those random sessions would morph into a more serious practice session where she’d work on reading, scales, or other technique, but it could just as easily turn into a jam session with Maroon 5.

Lucy now understood that “work” is nothing more than moving toward an image of a future skill you want, in clear steps. So she worked on music step by step, breaking everything down into bite sized pieces like we did in lessons. Each step of the way, she took breaks. She’d relax, have fun, and play music with childlike abandon. She learned to let go of any inner dialogue, any guilt, any sense of obligation, that had previously infected her love of music with the weight of earned love or parental expectation, and she made an agreement with herself to be willing to WORK hard in order to enjoy how amazing it feels to PLAY music. This produced results.

It happened it in the following 3 steps:

1. Each day, when she’d sit down at the piano, she played something easy that she had mastered, even if it was the same simple song every day, as a warm up. She wasn’t just warming up her fingers, she was reminding herself why she loved music so much.

2. Then, she’d choose some technical exercise, some scales or arpeggios, a sight reading challenge, or some other thing that involves actual work, and do it for ten or fifteen minutes.

3. For the rest of her time at the piano, she’d play around exploring the different sounds it makes, playing something she could do easily, improvising, writing a song, reading over something easy, pulling up something on her phone; anything but work.

By limiting her time doing hard work, but also committing to a small amount of it each day, her hard work paid off, but it wasn’t so hard that she lost her motivation and love for music. Eventually she found herself accidentally working for longer than 15 minutes at a time, and it felt natural. Some days she’d go for hours.

Have you ever turned music into an intimidating ceremony? Have you ever had problems managing practice time? Drop in a comment and tell me about it, and let me know how you feel about Lucy’s transformation.